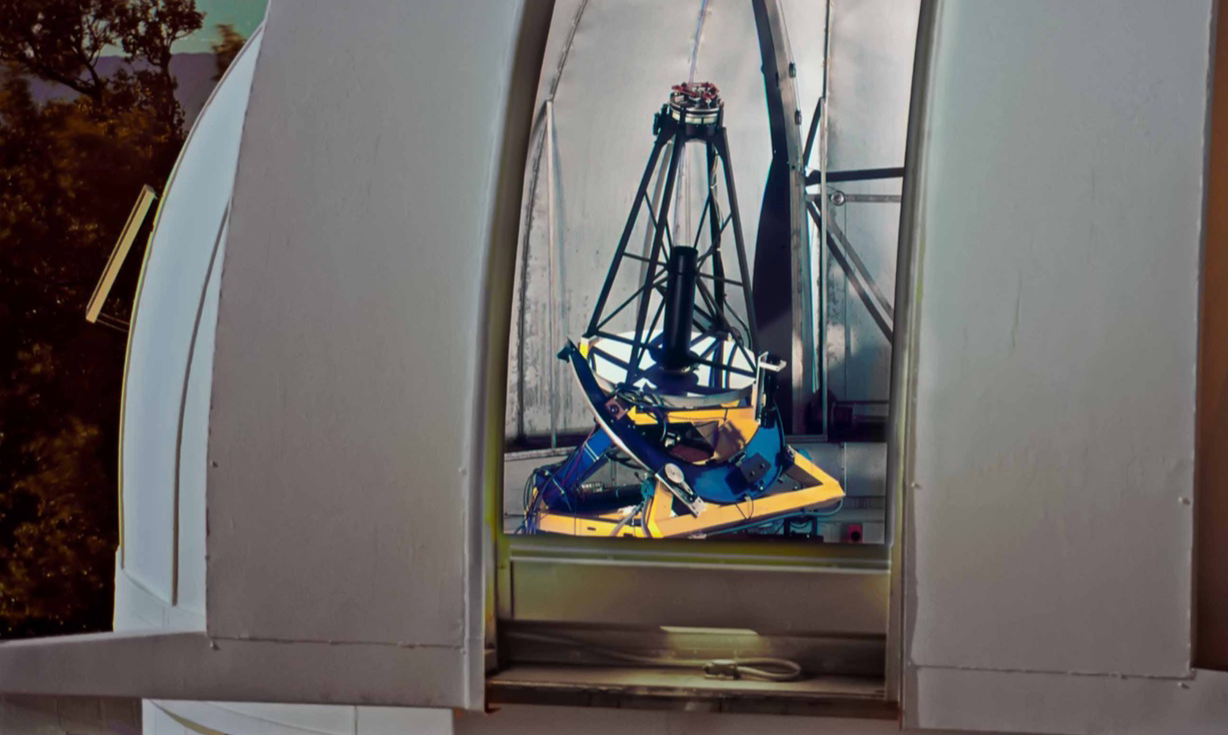 Very massive stars end their lives in cataclysmic explosions called supernovae. These explosions release so much energy that they briefly rival the brightness of a whole galaxy, becoming visible to the Katzman Automatic Imaging Telescope (KAIT), a modest-sized robotic telescope equipped with a sensitive camera.

Although supernovae are not frequent in any given galaxy, KAIT is capable of observing many galaxies in a single night, increasing the odds of finding a supernova. The Lick Observatory Supernova Search, headquartered at UC Berkeley, used the KAIT to discover over 800 supernovae between 1996 and 2009.

The KAIT has now been reprogrammed to focus on fewer galaxies but to observe them more frequently. This reduces the number of supernovae found, but favors early discoveries. Some supernovae have been found within a few hours of exploding, making them particularly valuable discoveries. KAIT data are used to measure vast distances in space, helping us to understand the accelerating expansion of the universe and the mysterious “Dark Energy.”