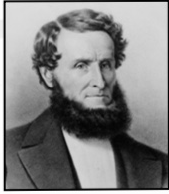 Bedridden by a stroke, the unconventional James Lick (1796-1876) pondered a monument to enshrine his memory. He considered a colossal statue bestriding the Pacific coast, or an immense pyramid in San Fransisco to hold his remains. In the end, he became convinced that the best way to memorialize himself was with a great telescope. 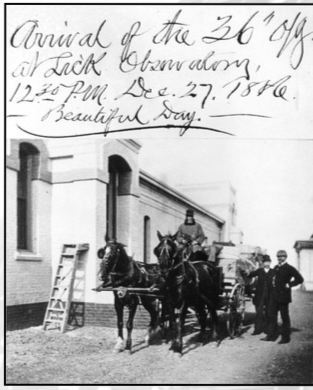 He did not live to see his monument, twelve more years would pass before Lick Observatory was completed. Just before construction ended, Lick’s coffin was moved from a San Francisco cemetery and reinterred in the pier of the world’s most power telescope.

At last, on an ice-cold January night in 1888, the Great 36-inch Refractor saw first light, launching more than a century of service to science. The telescope remains the world’s second largest of its type. Now retired from research, it continues to educate and inspire as a working monument to a bygone era. 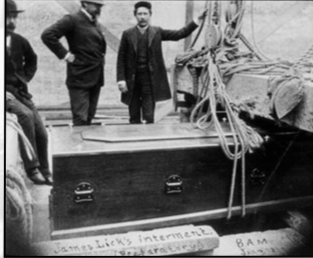 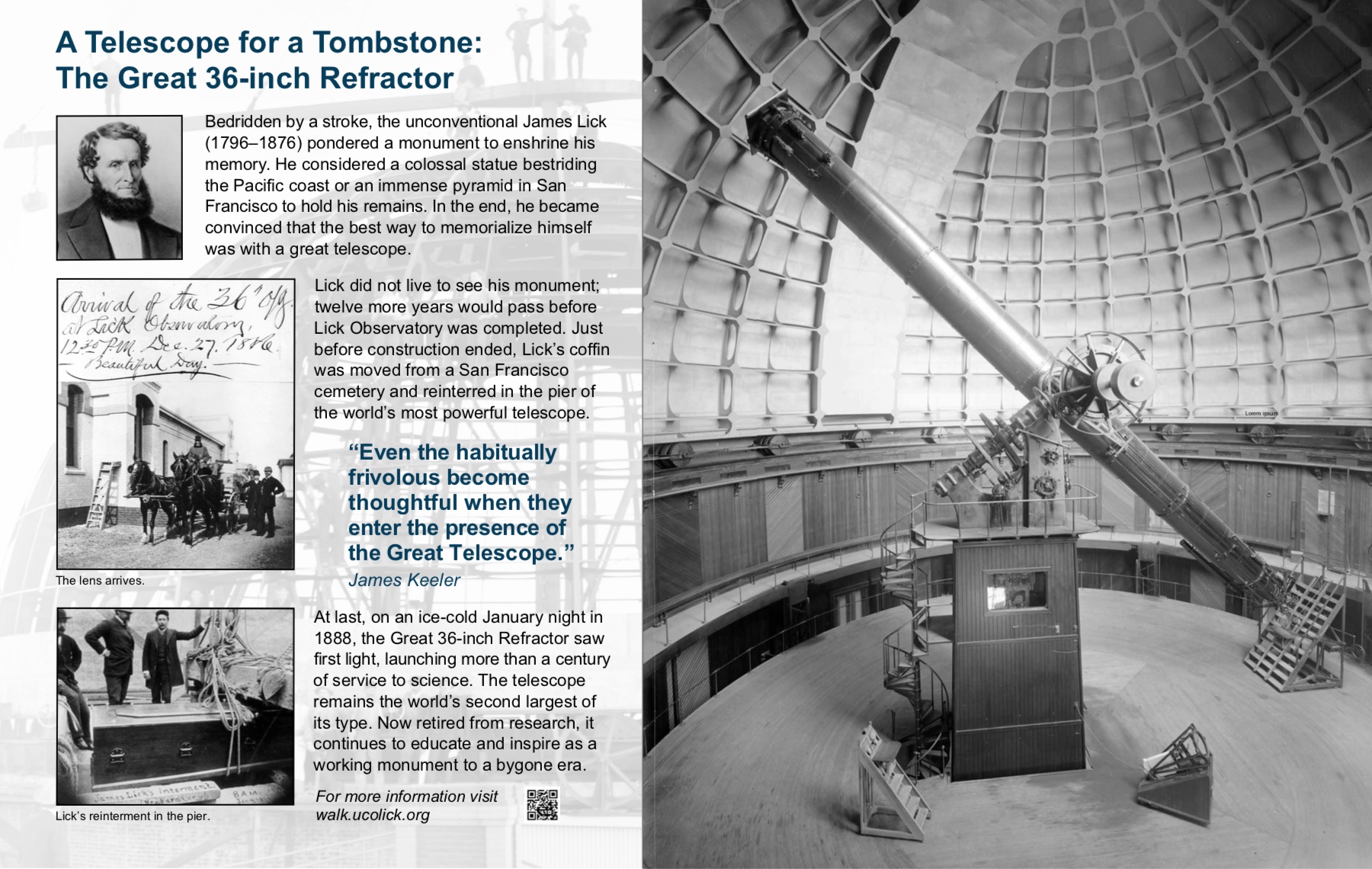